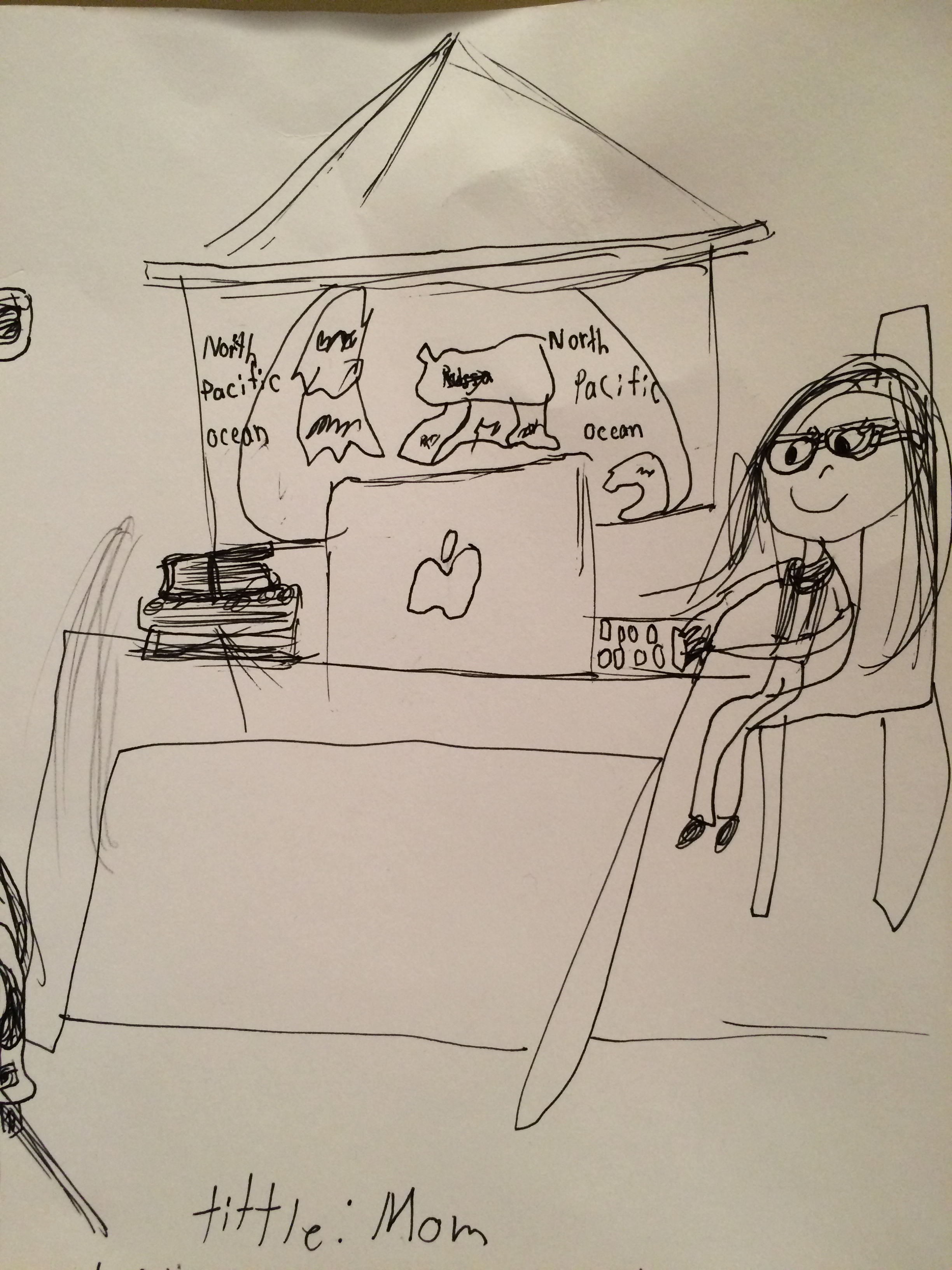 “You must write for yourself, above all. That is your only hope of creating something beautiful.” Flaubert

The other day on my walk around the park, I saw a man pull up in his car, run out with a basketball, and start shooting baskets on the basketball court. The way he ran out of his car, he could’ve been about 14 years of age, but in reality, he was closer to fifty, possibly even quite a bit older. His unabashed child-like sprint to the courts captured my attention. He had grey, balding hair, and his style of dress channeled Mr. Rogers: tan pants, a red cardigan over his shirt, and navy blue Ked-like sneakers with white laces. I watched his uninhibited, youthful enthusiasm, and I couldn’t help but smile. Then he made a basket and the ball got stuck in the net. I went off my trail to ask if he wanted the basketball in my car to try to get it out. “Oh, no, I’ll get it!” he said, and he wanted me to stay and watch. Sure enough, he jumped and reached with all his strength, once missing, but getting the ball to move the second time. It took a third time before it fell out of the net. I congratulated him, and asked if he had been a basketball player. He said no, to which I asked, “Just for fun then?” “Hope so…” was his reply.

As I continued my walk, I felt a bit foolish. Why had I assumed that this man must’ve had some important association with basketball to be playing it at a park on a nice day? He didn’t look like a retired professional player. But he was a basketball player by virtue of the fact that he was playing basketball. Yet, I wasn’t just making small talk- I was honestly searching for the “reason” he was doing that because it seemed odd, mostly because it is uncommon. As children, we do many things that aren’t our profession and aren’t a means of getting to a particular goal. We do them just because they’re fun or because we enjoy them. I always correct grownups who see my daughter creating something and tell her, “Maybe you’ll be an artist when you grow up!” “She already is an artist,” I interject.

As adults, we become a bit sheepish about bounding onto a basketball court, smearing paint on a canvas, or even skipping down a street. We say we get to re-experience childhood through our kids, but mostly it’s through our kids’ eyes. We’re mostly standing on the sidelines at soccer games, at the playground, during music lessons or gymnastics. We are often too exhausted to go down the slide after them, or to dig in the dirt unless we’re actually planting flowers. Granted, there are things that need to get done. We can’t bound onto the basketball court every day, but when we do, how can we hold onto the child-like joy of being in the moment, creating or playing in the flow, and not simply for the result or the title?

Audrey loves to compose at the piano, and when I mentioned it to her piano teacher as he was leaving our house the other day, he told us that it was great she was composing, and that she shouldn’t feel bad if what she composes isn’t good and she doesn’t like the result. He’s quite a serious player and a perfectionist. He also told her to keep going because he had stopped composing at some point and it was hard to pick it back up. What was interesting to me was that the thought that something she had composed wasn’t “good” hadn’t even occurred to her (or me). She just loves to sit there and produce whatever is in her soul at that moment and make it visible in the notes and chords. I love to hear it. Some days it’s particularly striking and I try to sneak behind a corner and video tape it, but most of the time, I just let her be. I can hear her joy and satisfaction in the rhythm.

As a writer, I’ve recently been envious of the great writers who lived before the internet. I want to write beautiful things and sit and spend hours and maybe years writing them. Nothing brings me greater satisfaction than crafting words, painful and slow as it sometimes is. But today there is a lot of pressure for writers to perform- to have a platform. If you want to be published, you need to demonstrate that you’ve already written guest posts here and there. You need to promise publishers you’ll have endorsement quotes on your books from this writer and that writer. Did Milton have to worry about platform while he penned Paradise Lost? Dickinson surely did not as she tied her words in a ribbon and placed them in her desk. Neither did O’Connor. I suppose they had other challenges.

But something about platform innately goes against the writing goals I have. Fifty percent of a writer’s time today ends up being self-promotion and publicity- marketing. There is so much writing being published online that if you want to gain readership, you must write often. There is a pressure to produce. But writing takes time. It isn’t really a suitable item for a to-do list because it isn’t something you can check off as easily as grocery shopping or laundry. I am conscious that I am writing all the time- even when I’m not sitting at the computer. I tell an editor friend over lunch recently that for me writing is a little like carrying around a basket and collecting things on these different ideas and when the basket is full, I know it’s time to sit down and write. Sometimes it takes years before that basket is full for a particular piece of writing. I tell my writing students that at least half of the writing process should be thinking. Do not let me see you sit down and start writing immediately after you’ve been given an assignment, I say.

The New Yorker article/review on Julia Cameron’s new book took an interesting slant on the issue. We’re living in a time where more people have been told they can pursue their passion, and where more people are working multiple freelance jobs instead of one 9-5 job. Everything we do is seen as something that can or should be monetized. “Oh, you write a blog? Do you make any money at it?” “Oh- you should open up an Etsy store and try to sell those!” While I do love all of the avenues that are available for creative people to offer their art to the public- we must hold on to the value of creating in private, for the sheer joy of it. The New Yorker describes the predicament this way:

If you’re learning piano, you must try to record the jingle for that commercial your friend directed. If you develop a curiosity about a niche topic, you must start an online newsletter dedicated to it, work to build your audience, and then try to monetize the newsletter. If you have a nice speaking voice, you must start a podcast. We’re encouraged to be “goal-oriented” and rewarded with outsize praise for everything we’ve accomplished, and so we feel that we need to turn every creative pursuit into a professional one. This makes some of Cameron’s lessons more urgent than ever. But, unlike earlier generations of readers, we don’t need Cameron to protect us from the voices telling us to doubt ourselves. What we need, instead, are new voices granting us permission to try new things in private—and then leave them be.

The truth is, I don’t want to write just to publish. I want to write because I love words and because nothing satisfies me more than laying them out on a page and then chipping away at them until I’ve created something that articulates well something I may have brought to the piece or discovered through it.

When I was in college I was serious about pursuing singing and songwriting. I spoke with someone in the industry when my college singing group stopped by Nashville on a tour. He told me that some people play in front of thousands of people all at once because they are famous, but some people play in prisons going from prison cell to prison cell with just their guitar, and they too end up playing for thousands of people too- just not all at once. Sometimes my daughter hints at a desire to be famous. She knows that her father was in the spotlight and played with “famous people” like Coldplay and Katie Perry. She liked singing “Fight Song” with Rachel Platten this past fall and listening to the applause of hundreds of people at Brooklyn Bowl. “Don’t try to famous,” I tell her. “Try to be excellent at something and then offer it to the world and to God.”

In a beautiful book I recently finished, Jerry Sittser touches upon how empty fame has become in recent years. Where people used to be known for their genius and achievement, many today are known only for their celebrity image. Where people used to be known for their character, people now aim to be known for their personality. More than mere notoriety or being known, he asks what we will be known for?  He actually stopped most of his speaking engagements about the accident that had taken three of his family members after he realized he’d rather invest himself in being the best parent and professor. He goes on to describe the life of an African nun working at an orphanage. After she describes her very simple life of prayer, meals, and serving the children, she says, “This is my life!” and “the tone of her words and the expression on her face said it all; she felt utterly peaceful and privileged to live such a lovely life.” Surely, he decides her “hidden faithfulness” is much more well chosen than his “celebrity suffering” had been.

What does a life of hidden faithfulness look like?  It doesn’t necessarily mean you hide your art or your play from the world. If you are faithful in the ordinary days of sitting down to put the thoughts into words, to play with the keys on the piano, or feel the tennis ball hit that sweet spot in your racquet, faithful in your playing and your joy, it may naturally expand outward to the world. But that is never the goal.

These days when I walk around that path where I saw the man playing basketball, I don’t do it for long-term health reasons as much as I do it just to feel my legs move. I write because I enjoy the act, the carving of words, the satisfaction of reading a well-crafted sentence aloud. O Connor’s words are framed above where I write, “You do not write the best you can for the sake of art, but for the sake of returning your talent increased to the invisible God to use or not use as he sees fit.” God himself- invisible. Those words urge me not to worry about how my words are received or revealed, but just to write them. I hope I can come to them, even though I’m sometimes stressed or weary from my other daily demands, with the same kind of gratitude that Mr. Rogers man ran onto the court, or the same way my seven-year old says, “Oooh, I like that chord…” when she hits the piano keys. I hope if I am known for anything, it will be this hidden faithfulness, this love of creating something beautiful.

10 thoughts on “Something Beautiful”